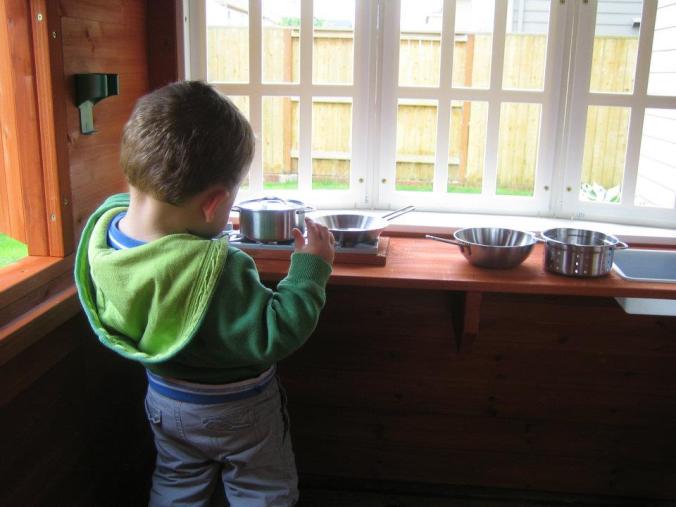 I chose to marry a man who was not a traditionalist. He didn’t expect me to stay home with our kids. He had grown up with a mother who worked at various points in his life and a father who worked from home, so if anything, you would think he would take on some of the traditionally female gender roles in our family.

And later when I was pregnant with our second child, we discussed that it would be easier for our family if I was home with the kids, but he didn’t ask me to do that. He wanted that to be my decision.

But last year when Christmas Eve rolled around, I cooked in the kitchen, my mother-in-law played with the kids…and my husband sat and chatted with his dad while drinking a beer.

Even with the best of intentions, my husband and I still end up gravitating toward the traditional gender roles. Despite consciously thinking that it is an equal partnership and we should both do fifty percent of the household chores and childrearing, in reality, that doesn’t happen.

I’m not alone in this. I’ve talked with other moms who agree that if they are there, their spouse assumes they will be the one managing the kids. I’m not sure if it’s because we pay more attention to our children than their fathers, if we just jump up to help them right away without giving our spouses a chance, or whether it is really is something deeper related to gender roles. But it happens.

Just the other day, my two year old pointed at the vacuum and said, “Mommy’s!” I have to admit that I was pretty cranky. Obviously I’m the one doing most of the vacuuming if she thinks it’s mine. And later that day when she pointed at the remote control and said “Daddy’s!” I thought that it was time for a change.

Clearly I need to sit on the couch and play more video games. And probably drink beer while my husband cooks.

One thought on “My Not So Intentional Gender Role”